Unlike other braids that might leave you with that annoying feeling that it looks like you almost have no hair, the pull through braid will make you feel like you are wearing extensions. It never seizes to amaze me how much more voluminous curly hair looks when put into a pull through braid.

I like putting my curls into this hairstyle on days that I don’t like the way they look when I wear them down. You can either choose to place the braid on one of your shoulders or to just let it hang down your back. No matter how you decide to place it, it sure is an amazing braid.

Plus, the good news is: You don’t need to be able to braid to create this hairstyle. All you need are quite a lot of hair ties 🙂 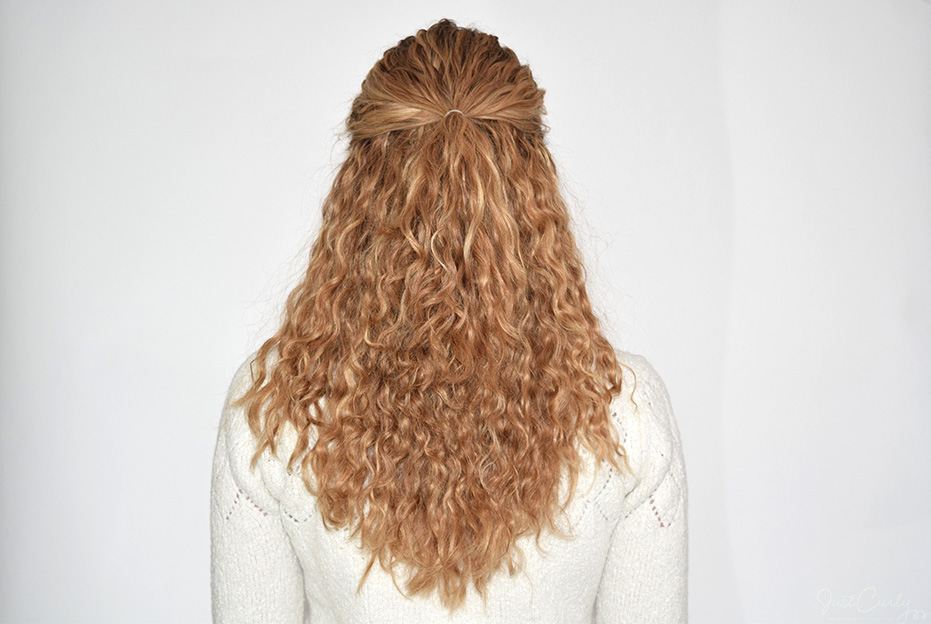 1. Bring back the top part of your hair and fix it with a small hair tie. This should be about 1/4 of your hair. 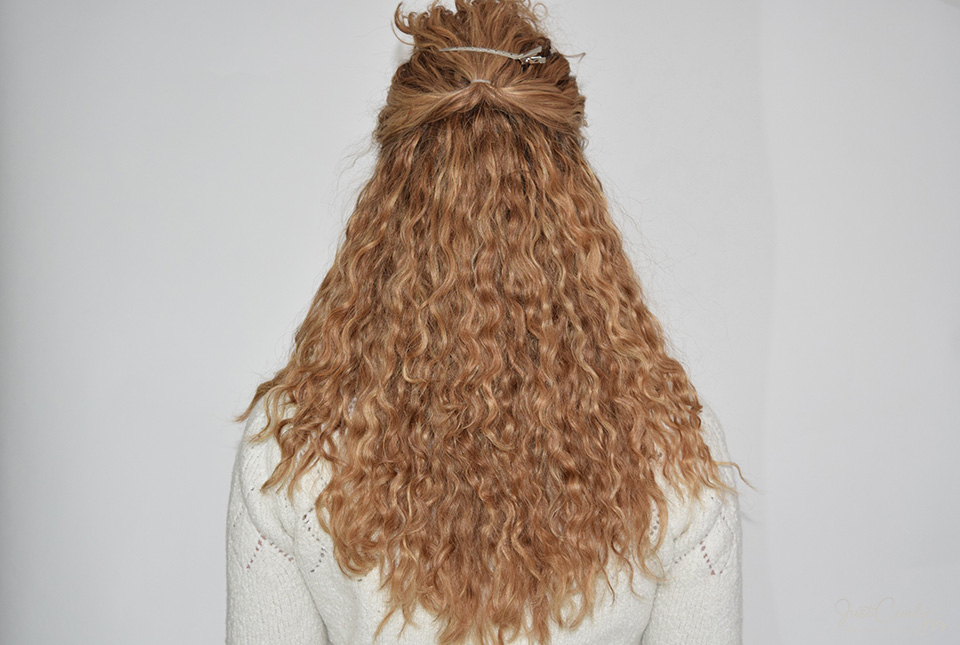 2. To get the ponytail out of your way, take a hair clip and fix it above the hair tie. 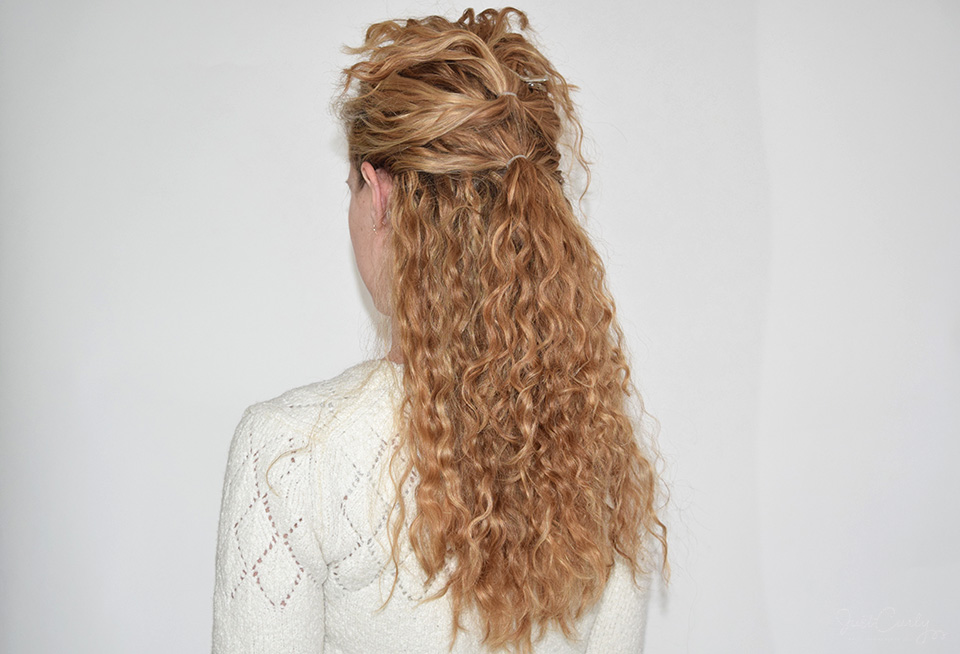 3. Then, grab the next fourth of your curls from right below the curls that already are in the ponytail and also fix them with a small hair tie. The second ponytail should be right below the first one (about 1 inch below). 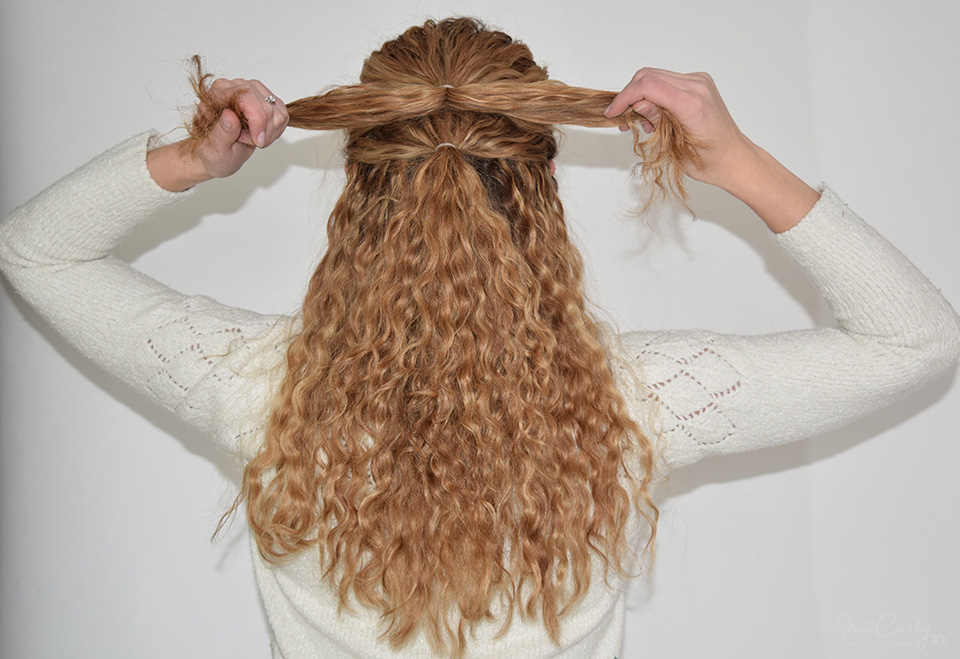 4. Then, separate the upper ponytail into two equally big sections: a right and a left section. 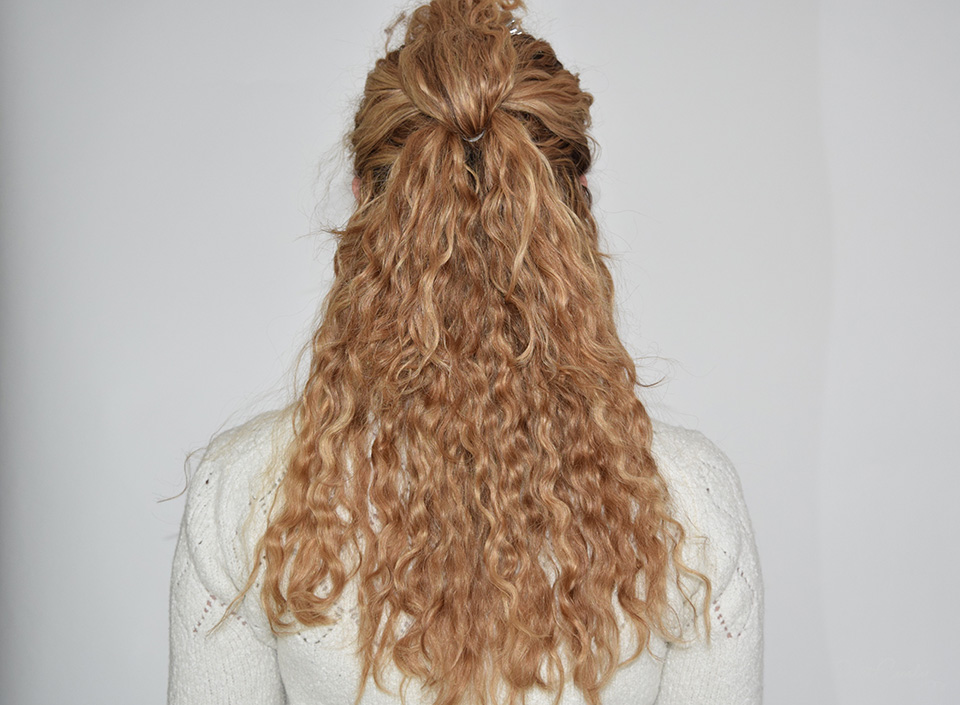 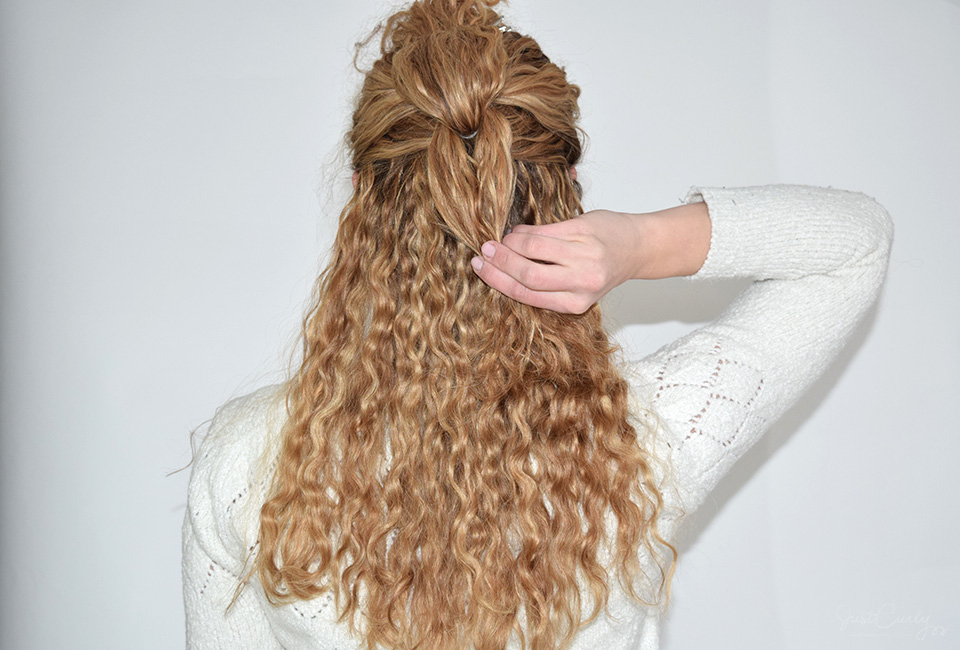 6. Before you tie these two sections together, you need to add some curls to the braid (see step 7). 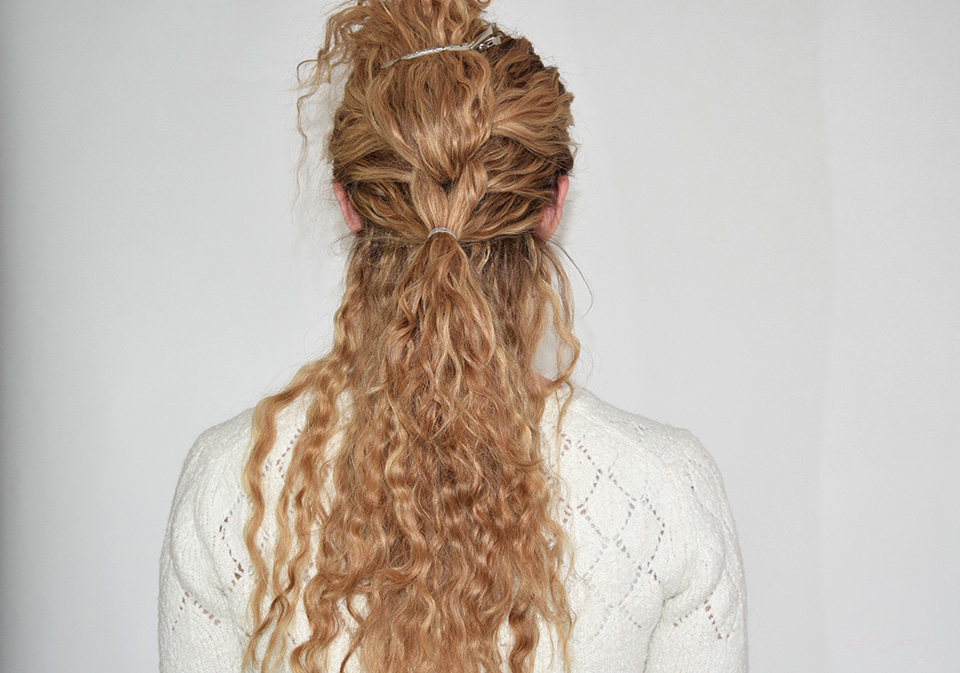 7. Add 1/4 of your curls from right below the second ponytail to the two sections and then them together using a small hair tie. 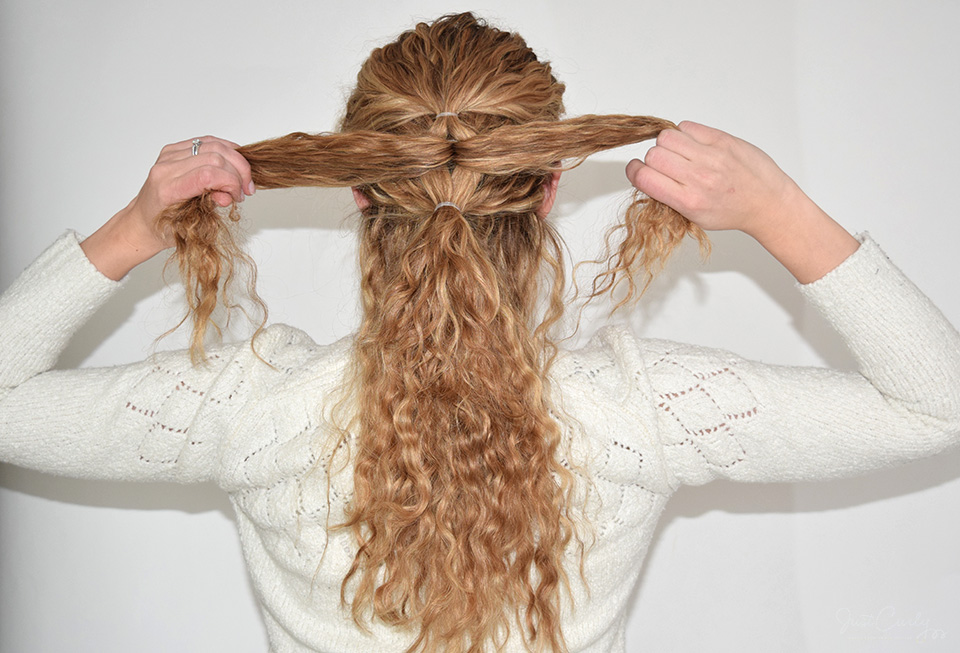 8. Release the now upper ponytail and split it into two equally big sections (like in step 4.).

9. Repeat step 5 – Bring up the lower ponytail in between the two sections of the upper ponytail and fix it with a hair clip. 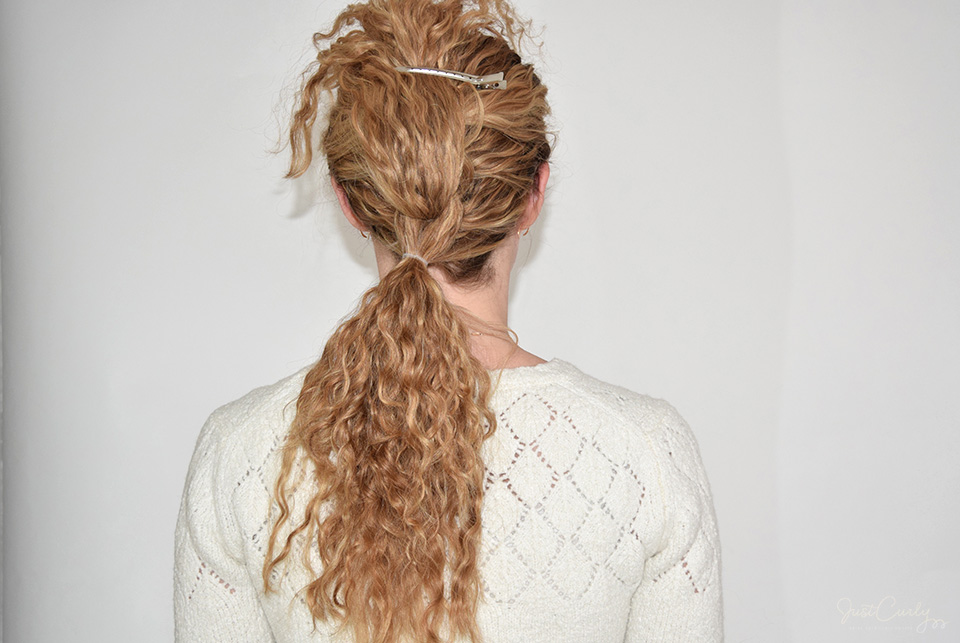 10. Add the last fourth of your hair to the braid by adding it to the two sections and fix them with a small hair tie. I already place this last ponytail a bit to my left, because I want my braid to lie on my left shoulder. 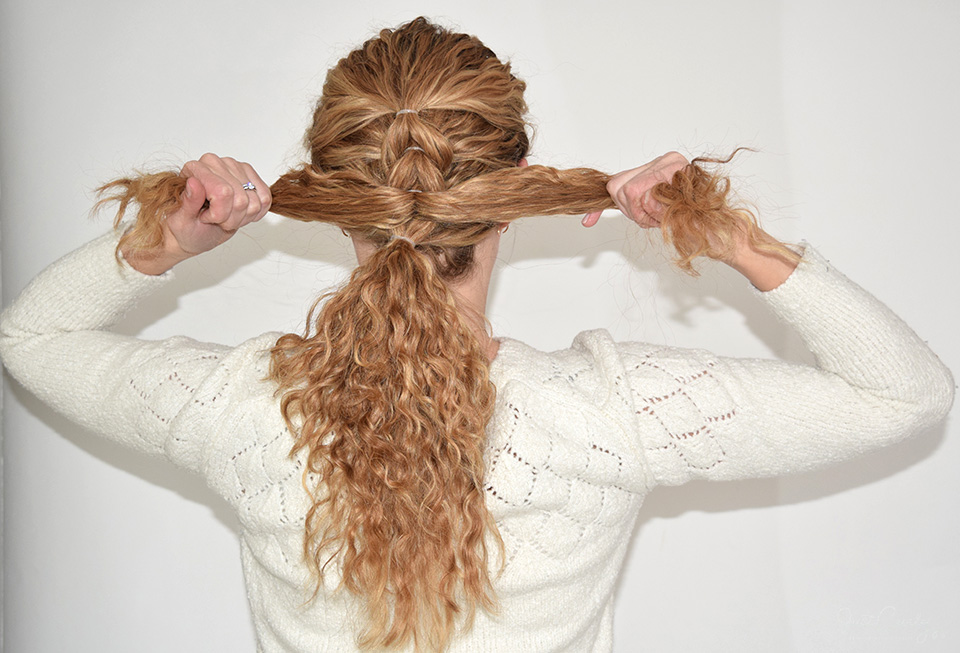 11. Release the now upper ponytail and separate it into two equally big sections, bring up the lower ponytail in between and fix it with a hair clip and finally tie together the two sections (just like you’ve done previously, but without adding any more hair to the braid). 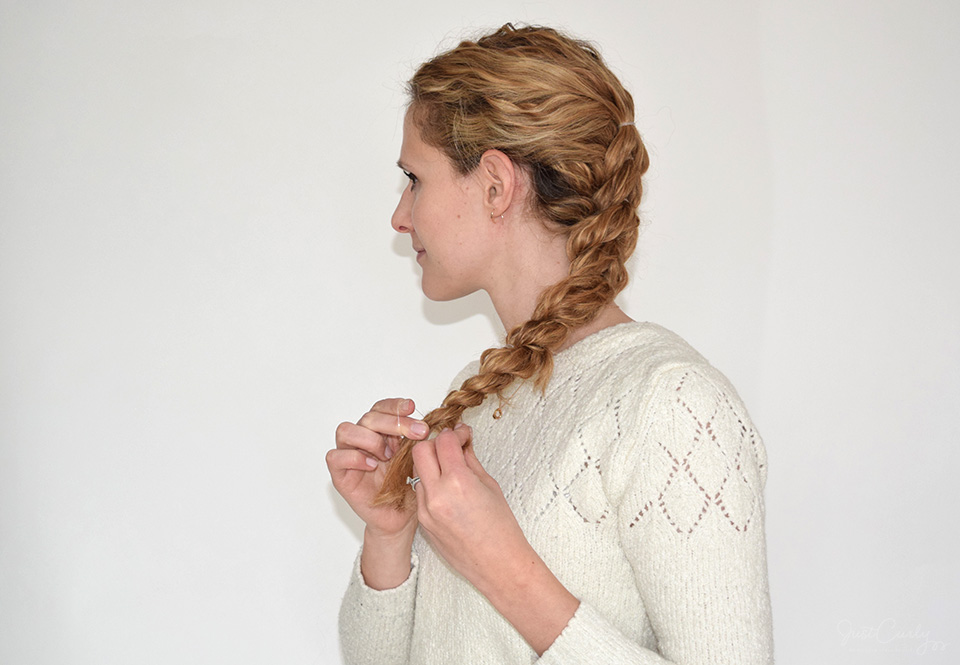 13. Repeat until you reach the end of your curls, then secure the braid using a small hair tie. 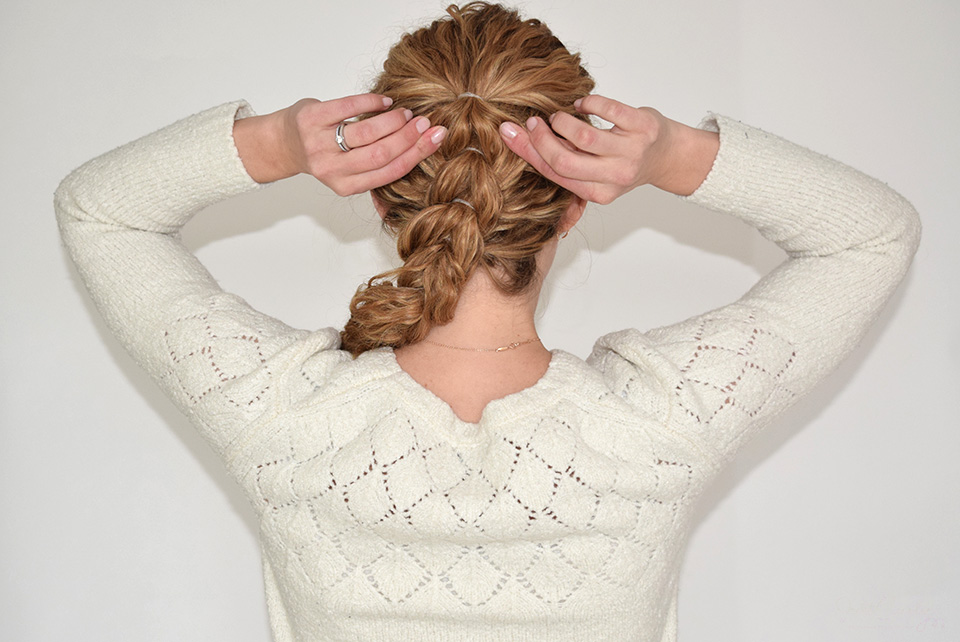 14. To finish this hairstyle, gently pull on the braid to make it look bigger.

That’s it – just give it a try, it really isn’t as complicated as braiding your curls! If you’re looking for a half-updo, I’ve also previously published a half-updo with a pull through braid.