This hairstyle is quite similar to the dutch braid tutorial, the only difference being the braiding technique. I prefer the half-french braid to a regular french braid, because braiding it easier when you only add curls to the braid when crossing the front section across the middle one. If you decide to do a normal french braid, make sure to always hold the braid into the direction where it’s later supposed to be in.

You can either watch my YouTube video on the half french braid ending in a ponytail,

or you can read through my picture tutorial: 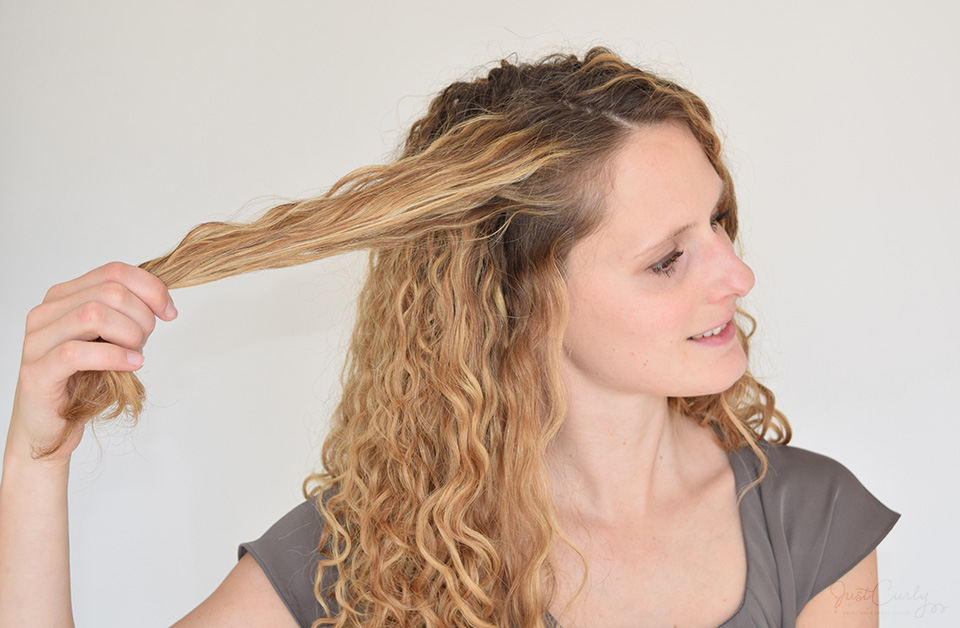 1. Take a small section of hair. 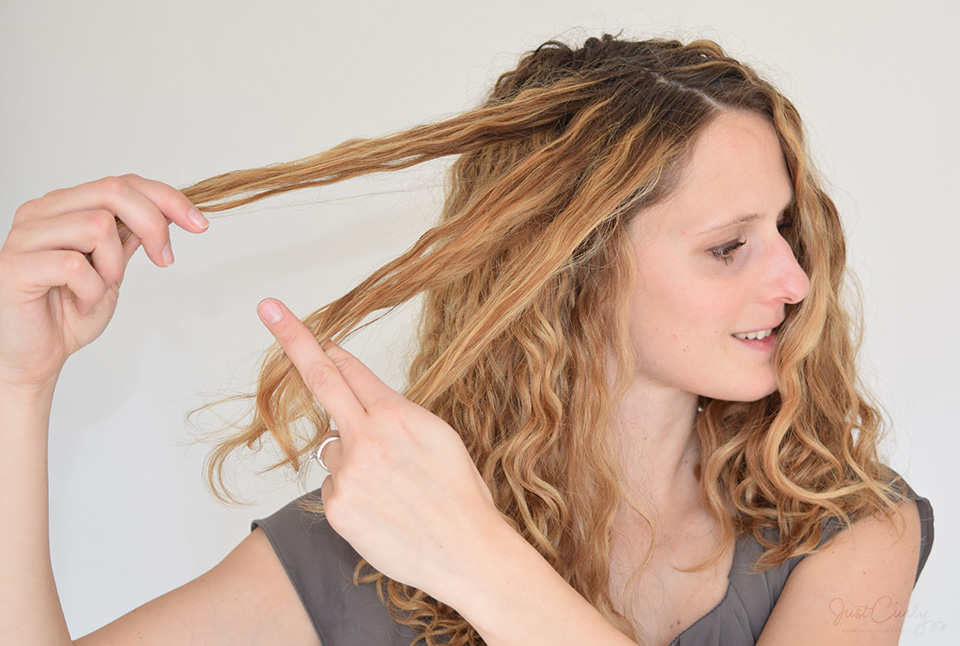 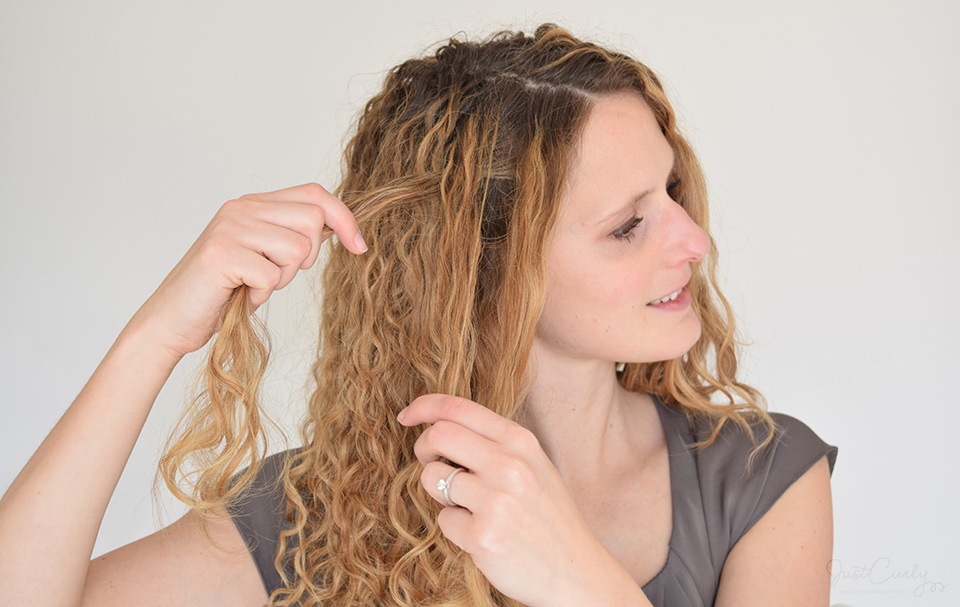 3. Start braiding by crossing the back section across the middle section (it doesn’t matter which section you’re crossing first).

4. Then put the front section across the middle one.

5. The next time you put the front section across the middle one, add some curls to the braid. Try to grab whole curls without destroying your clumps.

7. From then on finish your braid without adding any more curls to it. 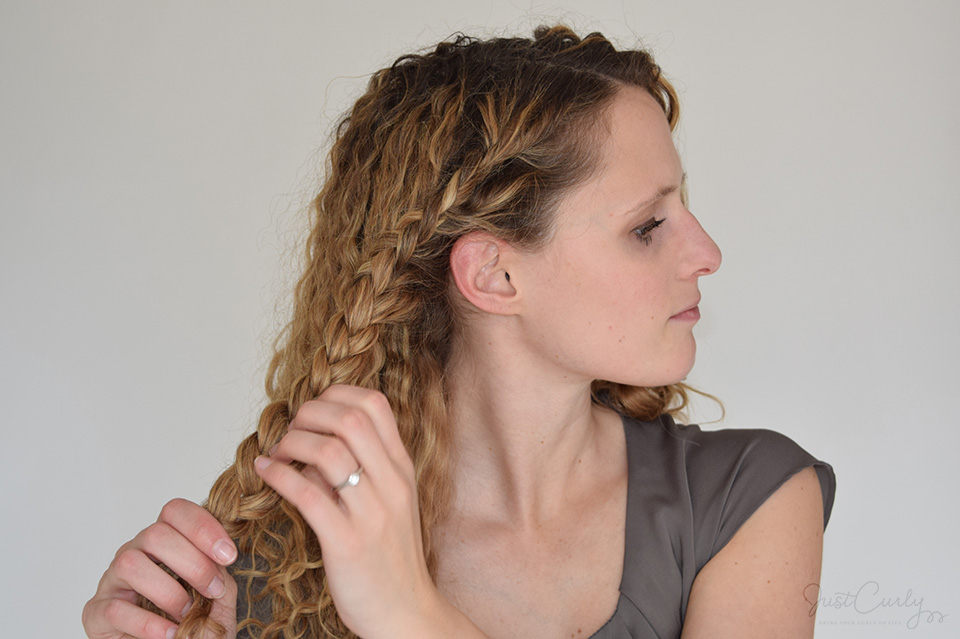 8. If you like to make your braid look bigger, start loosening it up by pulling on the braid (I can’t really describe how I do it, so I suggest you to watch the video to see it). 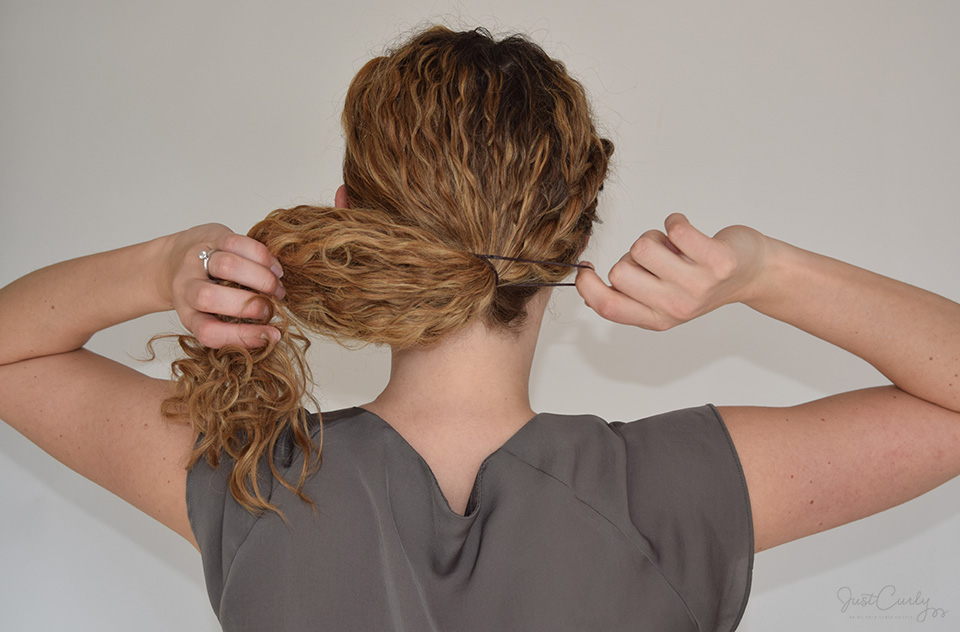 9. Fix your braid with a hair tie and then put all of your curls into a ponytail 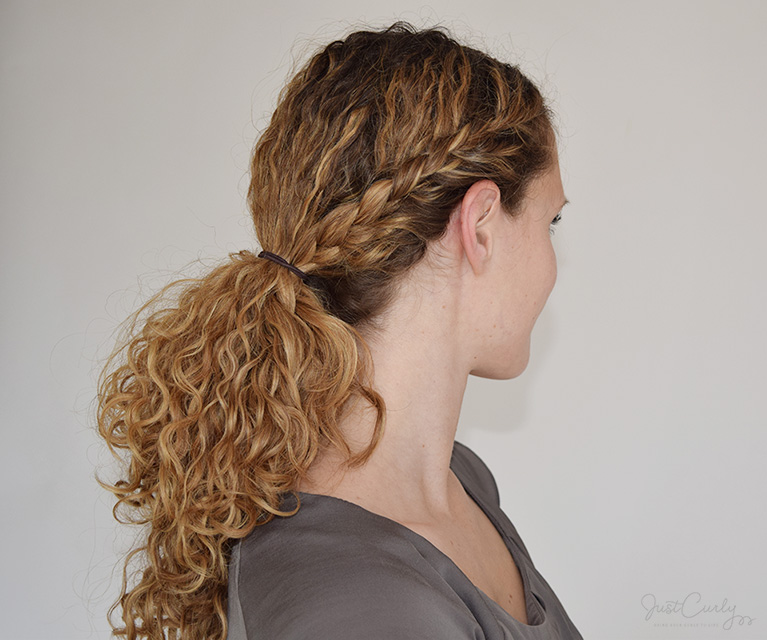 10. Take out your braid’s hair tie and open up the braid within the ponytail and you’re done!